Johan Grön, Vice President of Biogas at Gasum, considers the biogas to be a key form of energy in combatting climate change. It eliminates the prevailing linear economy model generating an abundance of waste by taking circularity to its extreme in organic material reuse and considering organic waste as a truly valuable resource. In addition, the biogas production potential has today only been harnessed to a fraction of its potential. So, the game is on! 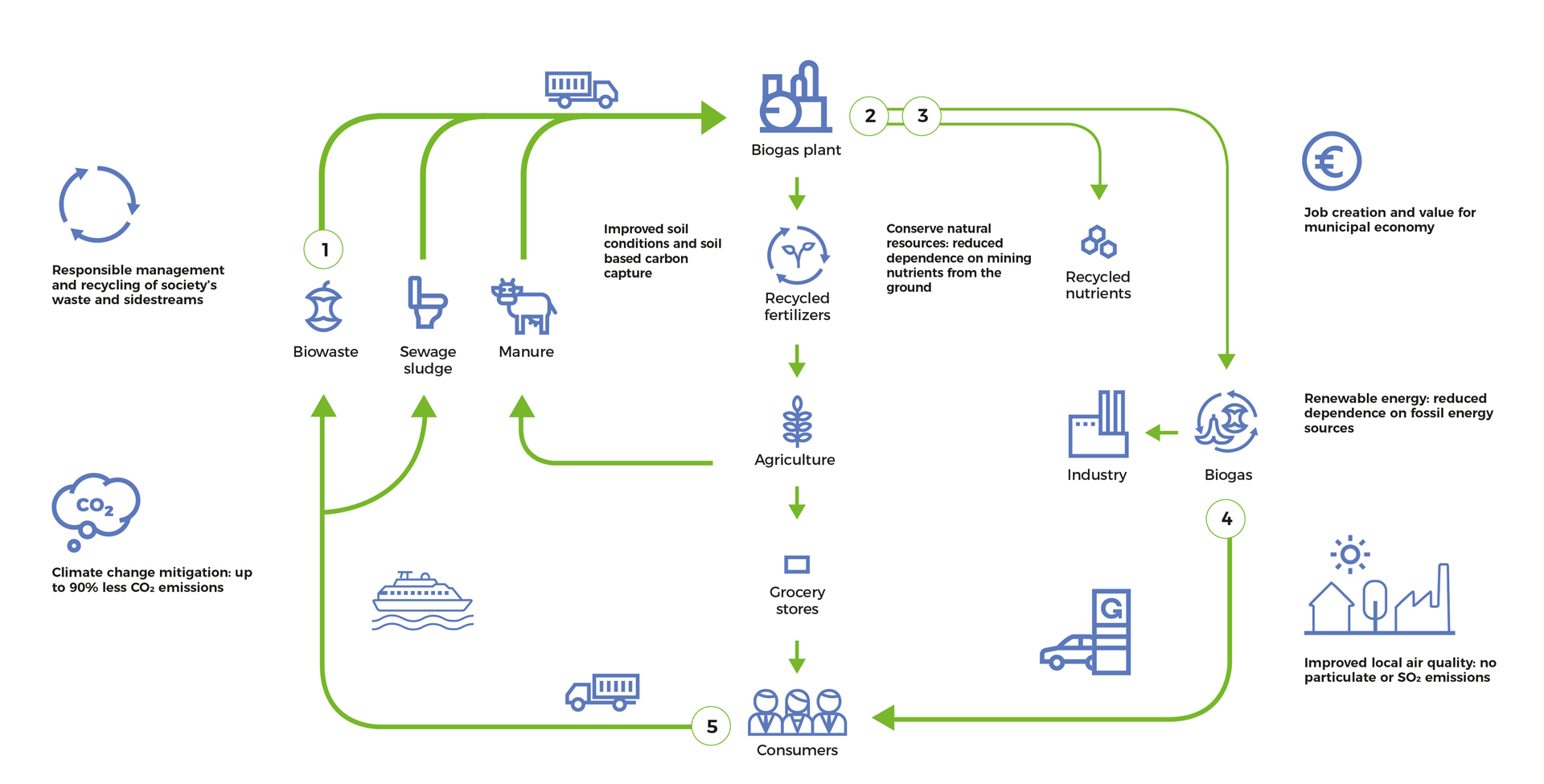 Why is biogas a good choice as a source of energy?

The biogas is a completely renewable source of energy, especially from the aspect of reducing carbon dioxide emissions while taking the circularity to its extreme. What is then the potential of biogas as an energy source?

IEA claims that the potential of biogas (or bio-methane) produced from currently available major raw material feedstocks can meet 6–9% of the world’s primary energy consumption.

A couple of facts!

Use of biogas can reduce lifecycle greenhouse gas emissions by up to 90% compared with fossil fuel use. In addition, biogas can really be seen as an integrating part of the circular economy since the biodegradable feedstocks needed to produce it are converted into energy and digestate bio-fertilizers.

Use of biogas is already known to easily be included in the existing gas infrastructure. Now, we are also exploring the potential to boost the bio-methene production through further CO2 utilization.

How does Gasum contribute to promoting the circular economy?

Biogas production plants are bio-refineries at their best! They are excellent examples of the circular economy by turning waste into energy for industry, fuel for road and maritime transport, as well as raw materials for industry, agricultural and horticultural use.

For example, our bio-LNG (or Liquified Biogas, LBG) production plant in Turku processes the region’s wastewater effluent into ammonia water for use as a process chemical in industry to clean water and flue gases. Recycled fertilizers are another concrete example of the circular economy.

These are recovered from the side streams of our biogas production and further refined by partners for use in agricultural and horticultural sectors. In a more integrated biogas production such as our Nymölla LBG production plant, there are no redundant material flows since they are returned back to the provider or used internally in the production process. 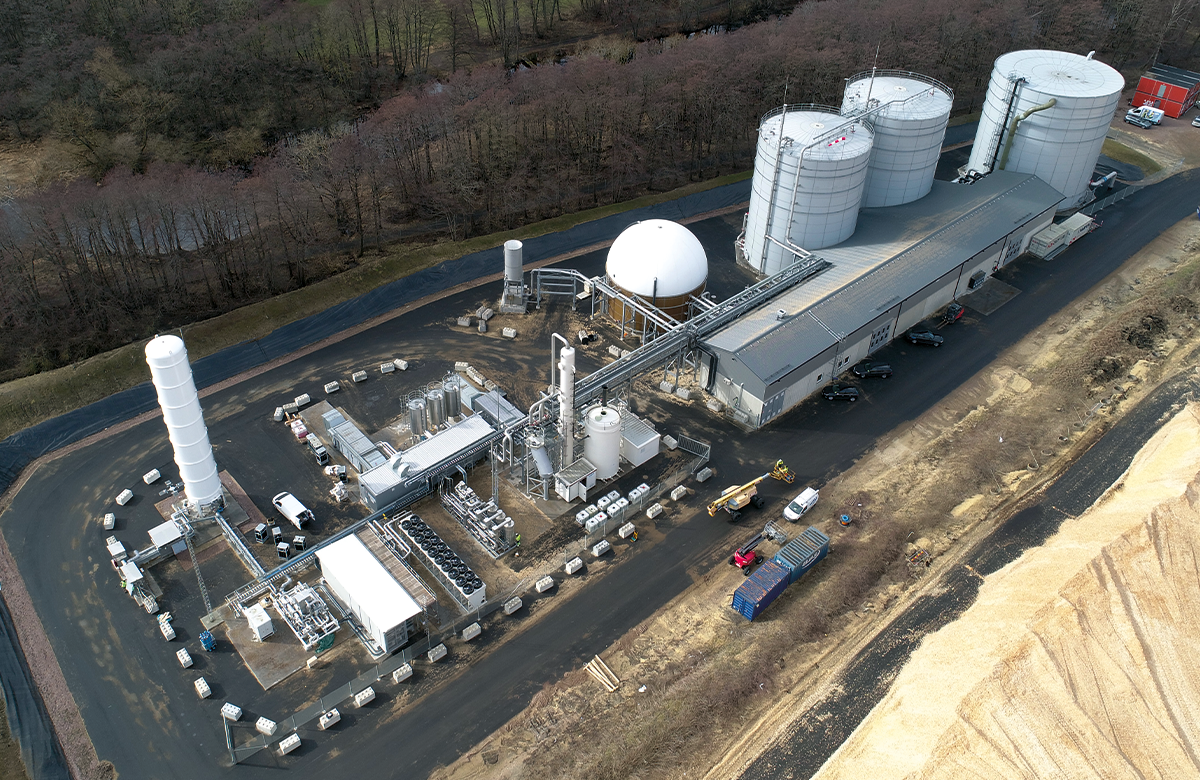 Image: The Nymölla plant is expected to produce around 75–80 GWh of biogas a year, which is equivalent to the annual consumption by as many as 200 trucks.

How is Gasum’s biogas business developing?

The potential of the Nordic biogas production volume is estimated to be around 20–40 TWh/a based on feedstock availability.

"We aim to have 4 TWh/a available to our customers in 2025 consisting of developing both own biogas production and utilizing our partners production network."

The expansion is proceeding as planned, where the recent key events include the LBG production ramping-up in Turku and Nymölla, and the CBG production at our Lohja plant. Our biogas production capacity starting 2022 will be 800 GWh/a.

In Sweden, we are doubling our own biogas production capacity with the “BIG5” plants. Initially, we made the decision in 2020 to build a 120+40 GWh/a LBG production plant in Götene with manure as the main feedstock. The LBG production in Götene is planned to be operative in 1st half of 2023.

"Furthermore, we are progressing with the planning of additional LBG production in Borlänge, Skåne and Kalmar. "

Image: Gasum has made the decision in 2020 to build a 120+40 GWh/a LBG production plant in Götene with manure as the main feedstock. The LBG production in Götene is planned to be operative in 1st half of 2023.

How does the future in general look for biogas?

As far as combatting climate change is concerned, biogas will be highly significant in the transition towards carbon-neutral energy production. Gasum’s efforts to expand the gas infrastructure provide a sound platform, where LNG already reduces CO2 emissions effectively compared to traditional fuels and now increased bio-LNG (or LBG) use will further push the decarbonization.

"We will now increase the LBG availability with own production and use of partners volumes throughout our gas infrastructure. Here, we generally see a strong regulatory push throughout Europe to increase the role of biogas."

Biogas production has great potential in the Nordics and – as said – just a fraction of this potential has been harnessed. We need both our own production and that of our partners to increase availability to an adequate level. 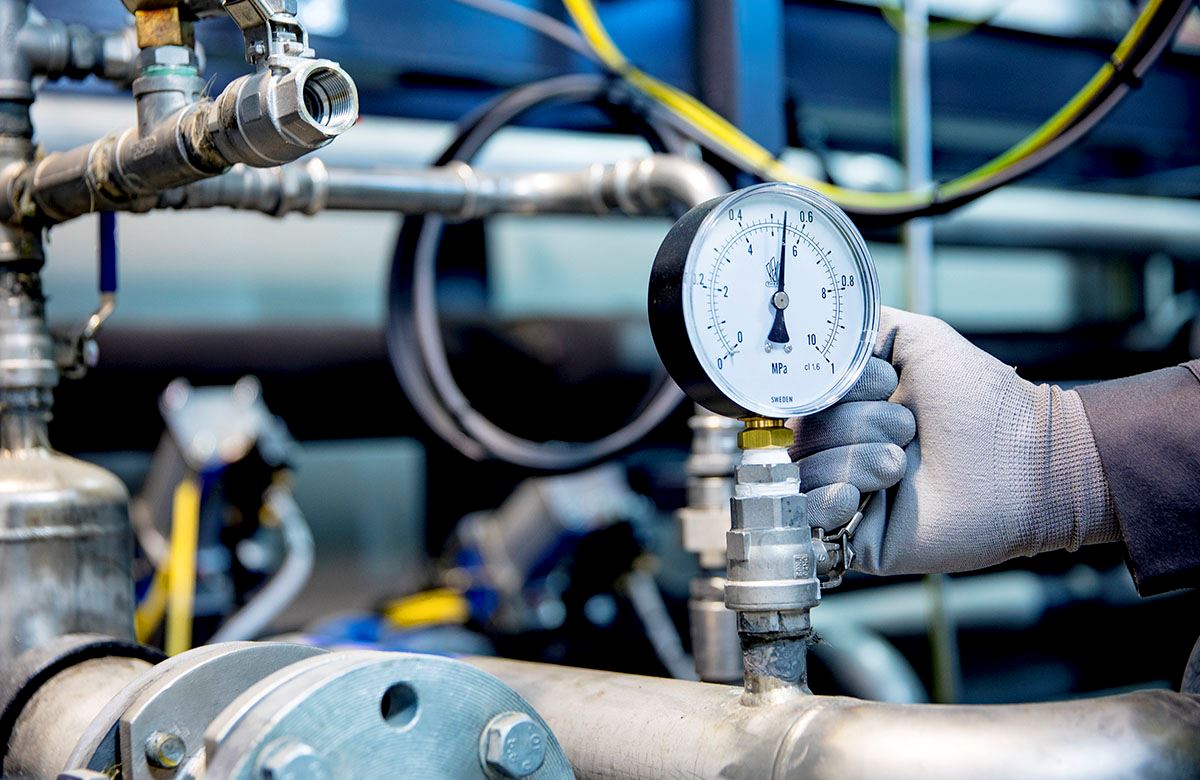 The key question is how broad feedstock flows can be cost effectively made available to production plants. In addition, we are developing the utilization of the digestive as a valuable raw material or nutrient for industrial and agricultural use as part of the circular economy in the Nordic countries. For this, we connect throughout the value chain to ensure access to right market insights.

"I’m excited and proud to see our whole organization driving the climate change combat by efficiently bringing renewable fuels and fuel mixtures to the users while taking circularity to its extreme. I’ve noticed that our concrete approach is very appreciated, developing trust among partners and stakeholders."

Gas, electricity, biofuels, and hydrogen – The future of energy comes in many forms

What kind of energy sources will be used in the future? The answer: diverse ones. Read more about how cars, ships, and industry will operate in the future.

Biogas is the only fuel in use in Finland to hold the Nordic Swan Ecolabel. The sustainability ecolabel guarantees that the production of the biogas is...

A public work of art can be admired at the new gas filling station opened in Kivistö, Vantaa. Artist Katja Tsykarev’s artwork has been implemented as part of...