Cooperation made it possible to switch to sustainable transport

Moelven was seeking a way to reach its sustainability goals and LBC Logistik wanted to be able to provide sustainable transport. They reached their shared goals thanks to Gasum and an application to the Klimatklivet initiative.

Moelven and LBC Logistik’s history goes back a long way. LBC Logistik transports Moelven’s sawn and planed wood products as well as chips, shavings and bark from the sawmill in Karlskoga further afield in Sweden. But the companies’ thoughts on more sustainable production began to grow in each direction.

“Transport is a very important yet challenging area for us at Moelven, especially with regard to climate impact. As a logistics services customer, we at Moelven have the potential to reach our sustainability goals and at the same time help the transport sector to reduce its carbon dioxide emissions. We just needed to find a good way to do it,” says Staffan Vilhelmsson at Moelven.

It can seem a large step to switch to more sustainable transport. But contacts with Gasum gave both Moelven and LBC Logistik unexpected help.

“A gas-powered truck is obviously a really large investment, but with Gasum’s help we applied for investment support from the Klimatklivet initiative. We were successful and this enabled us to make the switch,” says Henrik Gillisson at LBC Logistik.

Klimatklivet is an opportunity that more logistics companies should take advantage of. Klimatklivet can give companies financial support when investing in a gas truck. And Gasum will help with the application to Klimatklivet free of charge.

Long before the decision was taken, LBC Logistik had been keeping an eye out for innovations launched by the automotive industry and had closely followed the development of new sustainable fuels.

“There was much talk about electricity, not least as a fuel for passenger cars. But for those of us who work with transport, operating range is an important factor, and this is where electricity has its limitations. Electricity works best with short distances in large urban areas,” says Henrik Gillisson.

“A renewable fuel like liquefied biogas proved to be best for us because we wanted to be able to drive around a large part of the country. Not least because these days the network of filling stations is quite extensive,” says Henrik Gillisson.

“One bonus we hadn’t reckoned with was fuel cost. After having driven on liquefied biogas for a few months, it seems to be cheaper than diesel, for example. For the curious, there’s a calculator on Gasum’s website to quickly do the sums,” says Henrik Gillisson.

Make a difference here and now

Long operating range, lower fuel costs and reduced carbon dioxide emissions are three arguments that both Staffan and Henrik are happy to highlight. For them, there are no alternatives if the transport sector is to be able to be part of building a better world.

“We haven’t time to wait for better solutions to come along. We need to act on our own initiative to reduce our carbon dioxide emissions. Together we can make the change,” says Staffan Vilhemsson.

“With liquefied biogas, we can make a difference here and now by increasing the share of sustainable transport. I think many others should seize the opportunity,” concludes Henrik Gillisson. 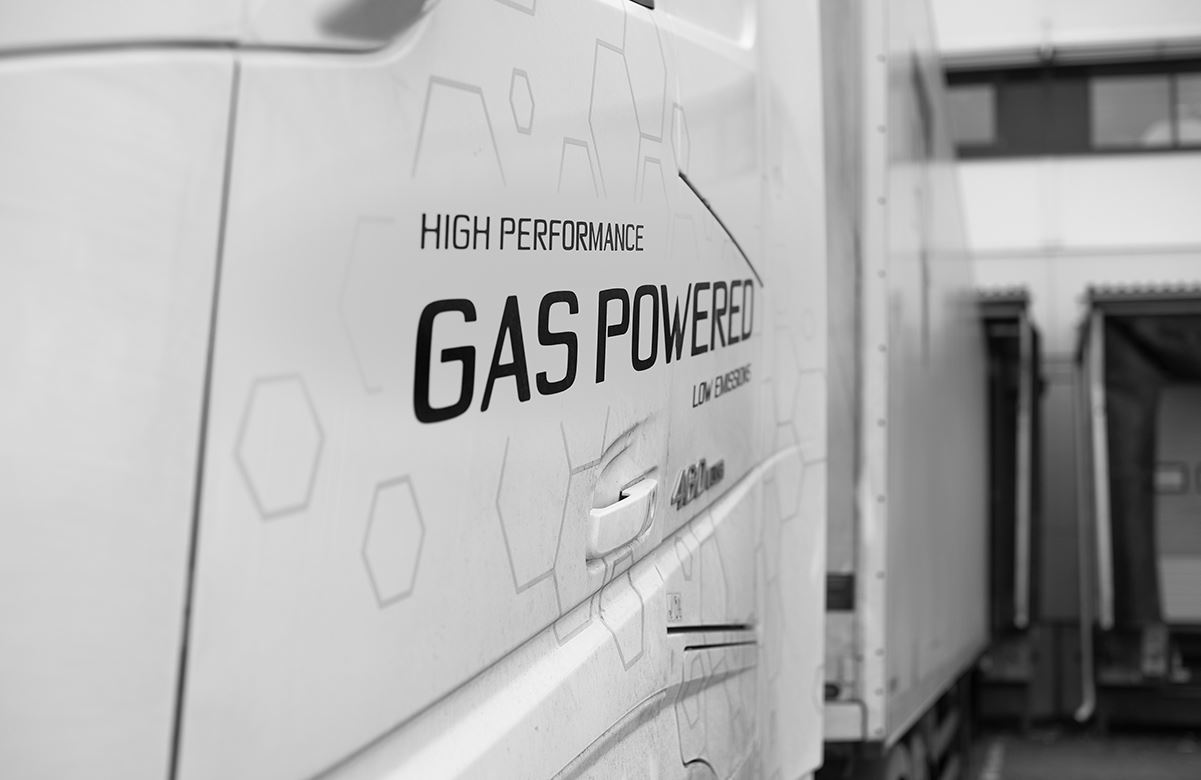 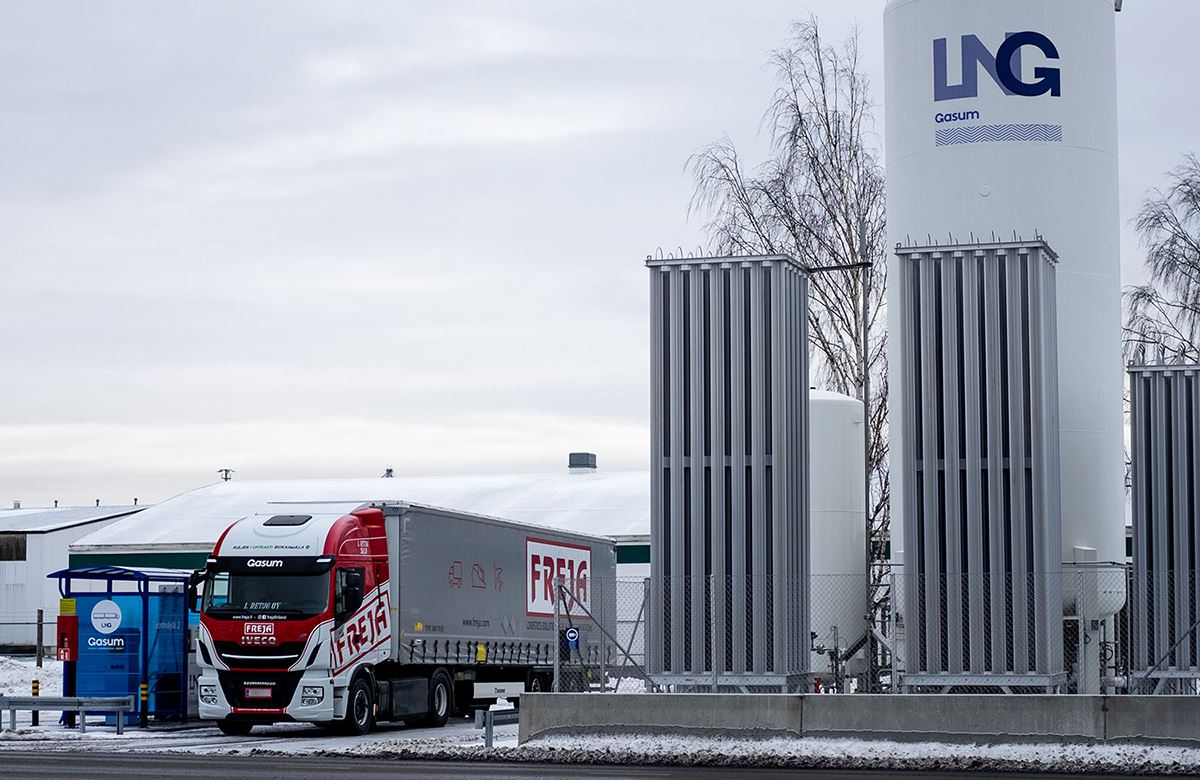 Use of biogas is revolutionizing the logistics sector

FREJA Transport & Logistics Oy is reducing the environmental loading of its transport operations by using biogas in its Iveco Stralis NP tractor unit. 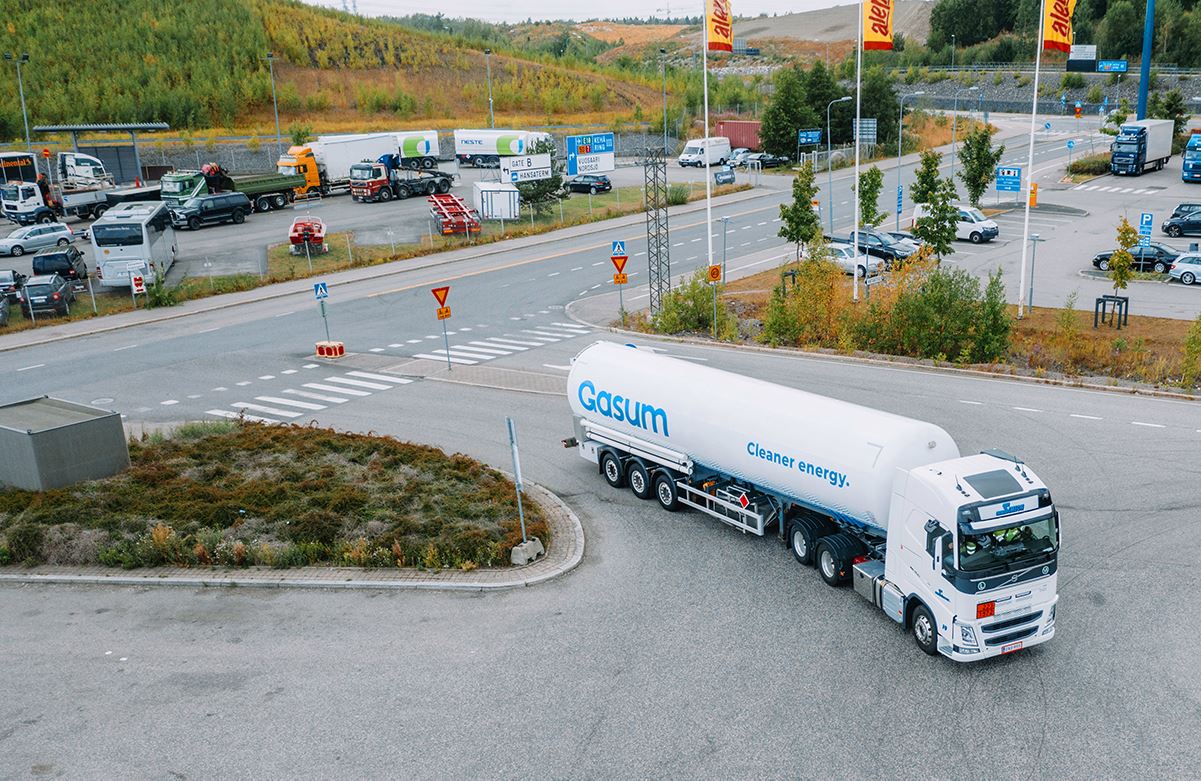 Simeon: ”Gas is energy of the future”

Heavy-duty transport will be propelled by an increasingly diverse range of power sources in the future, the Finnish transport company Simeon believes.